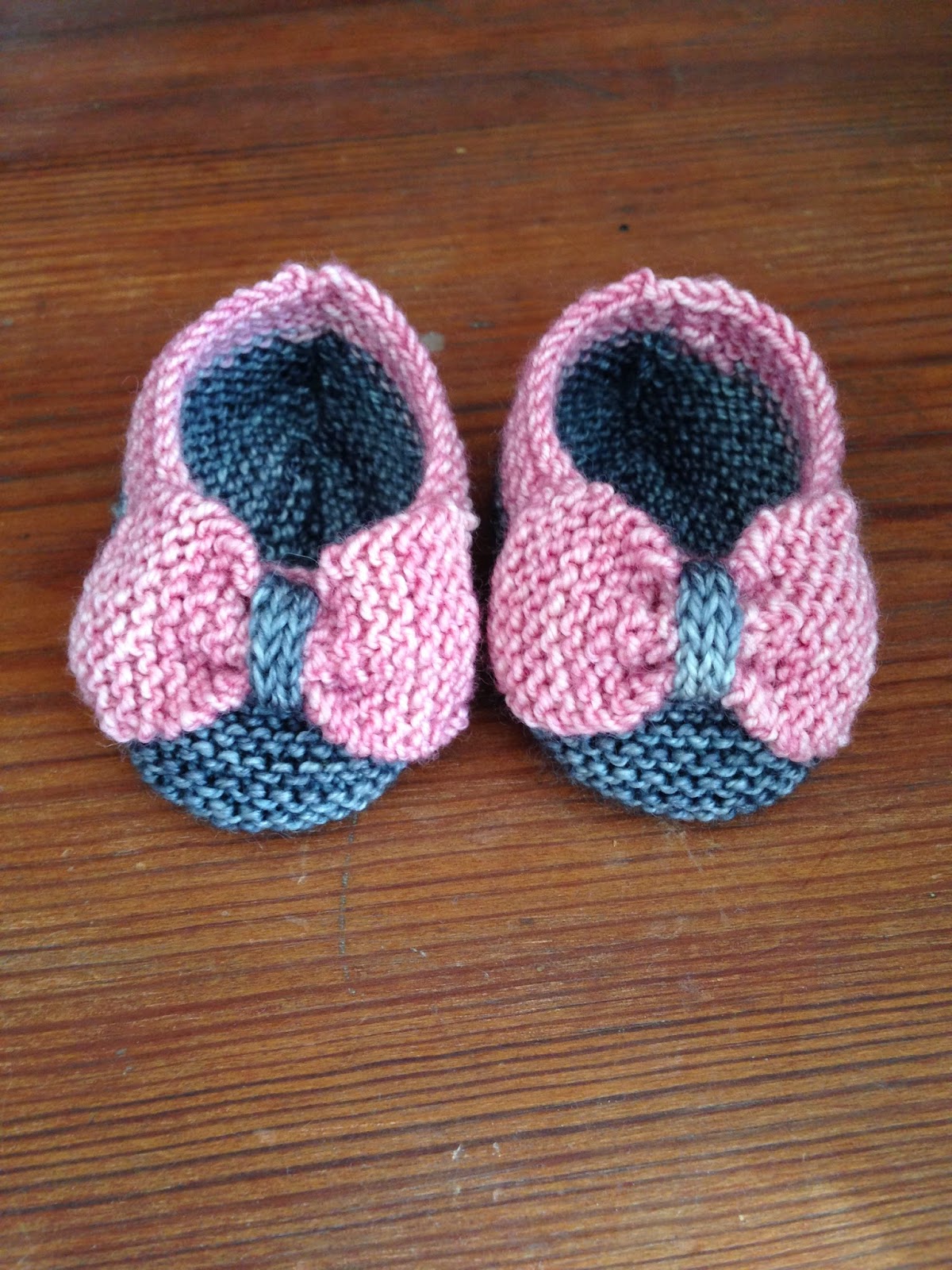 I've been a bad blogger, but a least I've been a good little knitter!!!

So we found out our little bean is a girl! So after some restructuring of my thoughts, it was time to knit things with bows! I've done the Saartje Bootees a few times but I wanted something a little different. I couldn't find any booties with bows that I particularly liked so it was time for some improvisation on the old faithful. These are a quick little knit with a beautiful outcome. I do want to play around with doing them in the round so that there's no seaming, but for now here's what I've got. 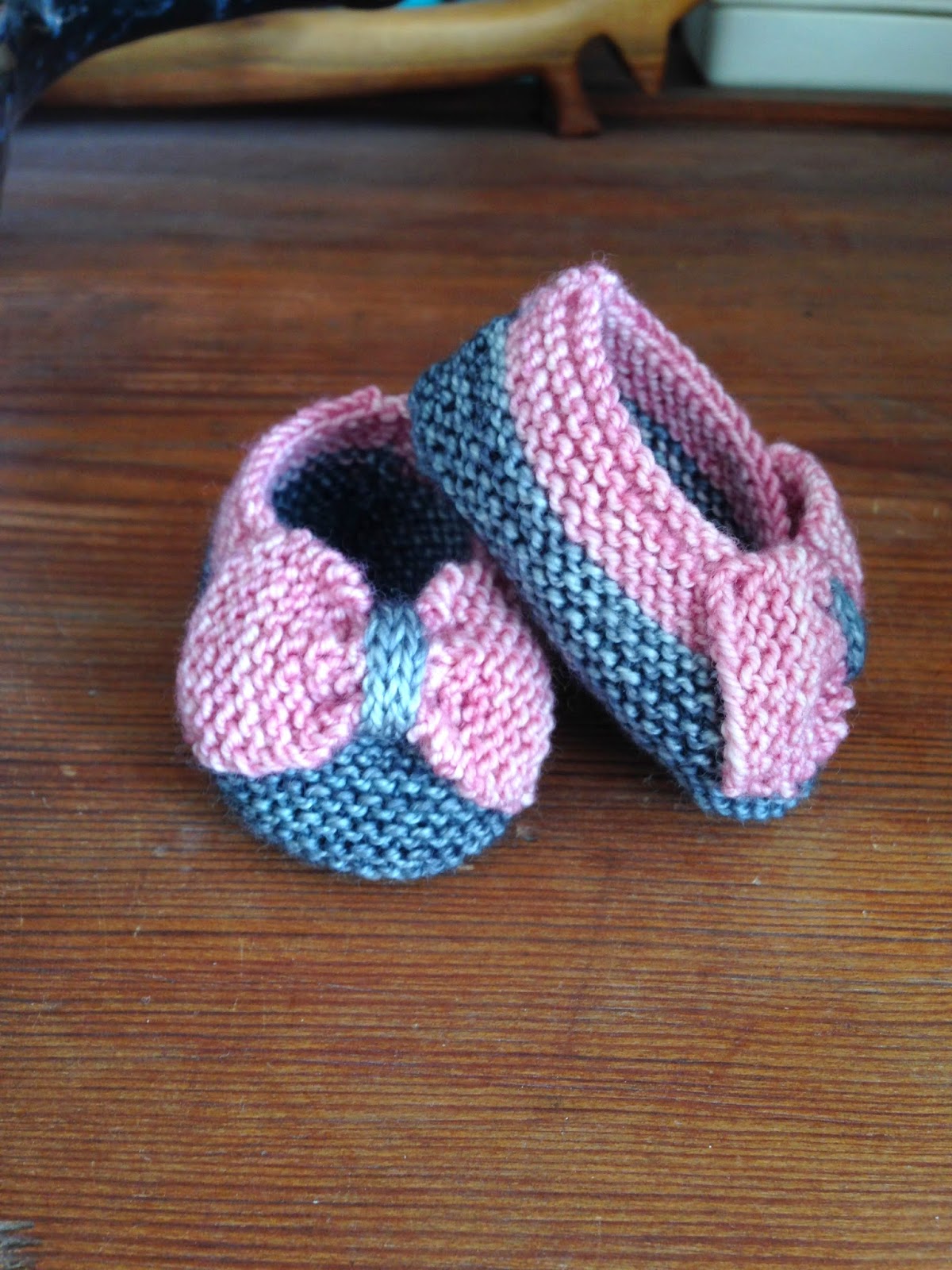 The sizes are NB and about 0-3 months, don't be afraid to go up a needle size to make them last a little longer.  These are knit on needle size US 1

To attach the bow I make sure that the knot is well centered and I throw a stitch through the whole thing to keep in from pulling out. Attach center knot and then just tack the four corners of the bow where you want them. This gives you some play with how the bow looks on the bootie!

Huzzah! It's that easy, great for a last minute shower gift or boots for your babe! 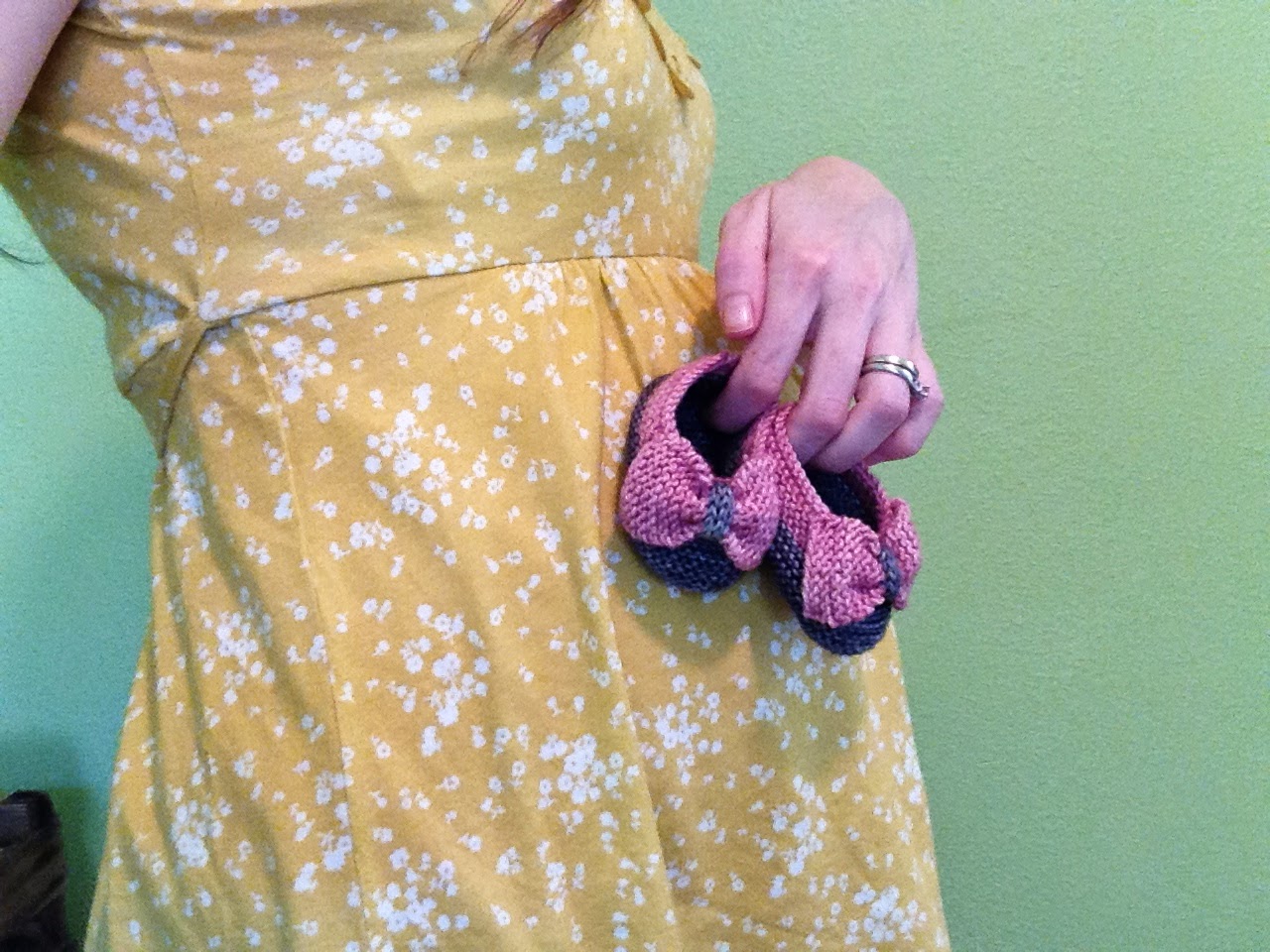